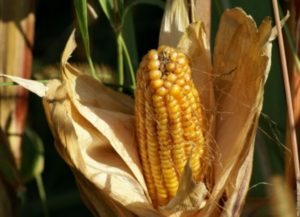 The sharp drop in production for crops such as rice and wheat is mainly due to drought, armyworm attacks and grain-eating attacks, according to Ecofin news agency.

The government said the underperformance has widened a cereal deficit of 477,448 tons and is expected to worsen the country’s food situation in the coming months.

Jihadist uprising in northern Burkina Faso has also plunged the region into a humanitarian crisis.

Much of West Africa’s Sahel, a semi-arid belt below the Sahara, is facing its worst hunger in years after erratic rains caused little vegetation to grow.

In Burkina Faso alone, more than 2.6 million people are expected to suffer from food shortage in the period from June to August.

About one person in ten already suffers acute malnutrition in the north, government statistics show.

Up to 6.8 million people across the Sahel could need food aid by August, i.e. a 60 percent increase from the number estimated late last year, the United Nations said.

Posted by Geraldine Boechat on May 7, 2018. Filed under Business. You can follow any responses to this entry through the RSS 2.0. Both comments and pings are currently closed.