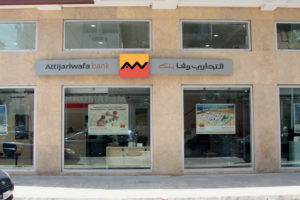 These are BMCE Bank Group, Attijariwafa Bank, and Groupe Banque Centrale Populaire. They made the move after making acquisitions in Mali, Senegal and Côte D’Ivoire.

The operations of the Bank of Africa Group (BOA) in the WAMU accounts for 10.5% of its total balance sheets.

Atlantic Business International (ABI) is present in all the countries of the West African Monetary Union, with eight subsidiaries and a branch.

As for Attijariwafa bank, it confirmed the Moroccan leadership in the WAMU, covering six subsidiaries and three branches.

This year ranking is dominated by the Ecobank group, headquartered in Lomé, with a market share of 14% in 2017. It is the largest banking group operating in the WAMU and is present in all the countries of the Union.

Posted by Emmanuel Agbenonwossi on November 23, 2018. Filed under Finance. You can follow any responses to this entry through the RSS 2.0. Both comments and pings are currently closed.