Tourism: Africa receives only 5% of the international arrivals 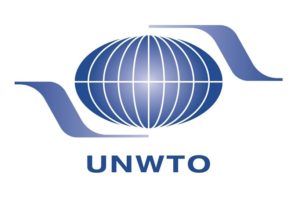 Africa’s travel and tourism industry continues to record impressive growth over the years. In 2017, the continent hit a 63 million high in international tourist arrivals as compared to 58 M in 2016 (+ 9%).

The growth record is slightly above the global performance of a 7% rise in 2017, to reach a total of 1.323 billion international tourist arrivals. Results were driven by the continued recovery in Tunisia & Morocco and strong performance in Kenya, Côte d’Ivoire, Mauritius and Zimbabwe. Island destinations Seychelles, Cabo Verde and Reunion recorded double-digit growth in arrivals.

The number, however, represents only 5% of the world share of international tourist arrivals that Africa receives. In a recently launched Africa Hospitality Report 2018/19, Jumia Co-Founder Sacha Poignoinnec notes that this percentage represents “great potential for the African travel market, as demand continues to grow due to strong economic growth, a middle class on the rise and a young population”. Respectively, Europe boasts a 51% world share of international arrivals, while Asia and the Pacific 24%, Americas 16% and the Middle East 4%.

In the same report, the UNWTO’s Secretary General Zurab Pololikashvili highlights challenges hindering the growth of the sector in Africa, including travel advisories by international tourist sources and Political instability at some. Inadequate air travel between the major African cities due to poor intra-African air connectivity and lack of strategic marketing of brand Africa are also among top issues.

“We are also dealing with negative perception of brand identity and image of the continent. Africa is not a country but a continent, home to more than a billion very creative, entrepreneurial and tech-savvy Africans. It is however viewed as the only home to fascinating wildlife and torn apart by war, poverty and diseases,” adds Pololikashvili.

Other impediments also include underdeveloped tourism infrastructure, visa restrictions and lack of a common visa policy, as well as lack of access to adequate funding and underfunding at the ministerial level.

The international tourists spending in Africa stands at 40% as compared to domestic tourists spending with a high of 60% according to the Africa Hospitality Report by Jumia. The impressive record in domestic travel is because of affordability and improving ease of travel in the continent. Besides, leisure travel remains dominant in Africa with 70% in expenditures, as business travel records an expenditure of 30%.

Posted by Khalid Al Mouahidi on December 19, 2018. Filed under News. You can follow any responses to this entry through the RSS 2.0. Both comments and pings are currently closed.