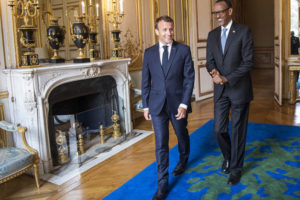 French investigative magistrates have dropped charges against nine Rwandan officials investigated over the death of the country’s president in 1998.

French judges have dropped the long-running investigation into the shooting down of a plane carrying the former Rwandan President Juvenal Habyarimana.

A judge accused Tutsi rebels, led by the current president, Paul Kagame, of the attack; arrest warrants were issued for a number of people close to him.

A French prosecutor had recommended in October that the charges should be dismissed due to insufficient evidence.

Rwanda said on Dec. 24 that it welcomed the definitive end of what it called a politically motivated investigation.

Rwandan-French relations have been strained in recent years over Rwanda’s accusations of French complicity in the 1994 genocide. France has had no ambassador in Rwanda since the diplomatic tensions peaked in 2015.

Rwanda released a report last year accusing France of complicity in the genocide that killed 800,000 people, mostly Tutsis and moderate Hutus. France has previously admitted making mistakes but never apologized for its role.

French President Macron said he would not appoint a French ambassador to Rwanda for now, calling it too early. But he said France was working to declassify key archives of the genocide, and that French and Rwandan researchers would work together in documenting a collective memory of the killings.

Posted by Geraldine Boechat on December 27, 2018. Filed under News. You can follow any responses to this entry through the RSS 2.0. Both comments and pings are currently closed.