Peugeot to start production at its Kenitra plant 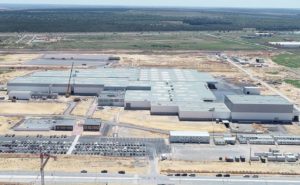 French car producer Peugeot Societe Anonyme (PSA) will launch in the second quarter (Q2) a new production factory, in Kenitra, 40 km to the north of capital city Rabat, with the first car to be unveiled as of July.

PSA has pumped a total investment of MAD 6 billion ($620 million) into the project and has already begun staff recruitment.

Upon inauguration, the factory will produce Peugeot 208-style cars.

The French firm is already present in the North African country that it entered in 2017 with the establishment of a pilot import center in Casablanca for Peugeot, Citroen, DS and Opel cars, as well as a research and development center.

The cars produced in the Kenitra plant are destined for export to Africa and Middle East markets.

Posted by Khalid Al Mouahidi on May 10, 2019. Filed under Business, News, Zoom. You can follow any responses to this entry through the RSS 2.0. Both comments and pings are currently closed.