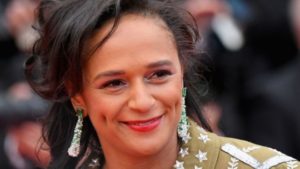 A court in Angola has ordered the seizure of the assets and bank accounts of the billionaire daughter of ex-President José Eduardo dos Santos.

Called “Africa’s wealthiest woman”, Isabel dos Santos amassed a fortune estimated at more than $2 billion through stakes in Angolan companies including banks and the telecoms firm Unitel, earning her the nickname “the Princess”.

The seizure appears to be part of an anti-corruption drive by the administration of President Joao Lourenço to recover $1bn owed by Isabel dos Santos and her associates.

The 46-year-old “Princess” lives abroad, saying she moved from Angola because her life had been threatened.

She runs a huge business empire with stakes in companies in Angola and Portugal, where she has shares in cable television firm Nos SGPS.

Ms Dos Santos gained a high public profile in 2016, when her father controversially appointed her as the head of Angola’s state-owned oil firm Sonangol.

She was sacked from the post in 2017 by Mr Lourenço, her father’s handpicked successor.

Posted by Emmanuel Agbenonwossi on January 2, 2020. Filed under Finance, News, Zoom. You can follow any responses to this entry through the RSS 2.0. Both comments and pings are currently closed.