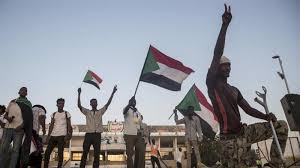 Sudan’s top prosecution office has ordered the arrest of former Foreign Minister Ali Karti for allegedly playing a role in the ascension to power of ousted leader Omar Bashir during the 1989 military coup.

The top prosecution office said in a statement that Karti’s assets would be frozen and that arrest warrants had been issued for five other people, including Omar Suleiman, a former head of a parliamentary chamber and the man believed to have accompanied Bashir to Khartoum, the capital, during the coup.

Bashir who was deposed by the army in April last year, is on trial on multiple charges including corruption and murder of protestors. He was recently questioned over the coup that brought him to power in 1989.

The investigations into the coup began prior to the failed assassination attempt on transitional Prime Minister Abdalla Hamdok last week, Middle East Monitorreports.

Authorities suspected loyalists of the old regime for what has been branded a terrorist attack by Khartoum. No one has claimed responsibility for the incident.

Posted by Emmanuel Agbenonwossi on March 18, 2020. Filed under News, Zoom. You can follow any responses to this entry through the RSS 2.0. Both comments and pings are currently closed.