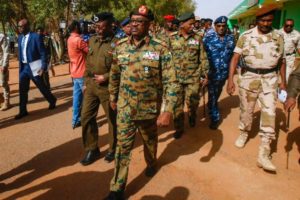 The government delegation in the South Sudanese capital Juba said Omar died at 2:30 am “after a sudden heart attack during the performance of his sacred duty”.

Since October, Sudan’s transitional government has been locked in talks with rebel groups that fought Bashir’s regime in the vast western region of Darfur and in the southern border states of Blue Nile and South Kordofan.

Omar said on Monday that he was confident the two sides would sign a deal to form a “national army”, state media reported.

Posted by Emmanuel Agbenonwossi on March 25, 2020. Filed under News, Zoom. You can follow any responses to this entry through the RSS 2.0. Both comments and pings are currently closed.