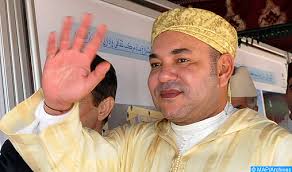 Morocco has stressed the need for African countries to get involved in all initiatives aimed at boosting cooperation to improve their national road networks, which play a major role in reducing spatial disparities, ensuring public access to markets and services, reducing poverty and vulnerability and combating social exclusion.

“African countries should, therefore, be involved in all initiatives aimed at boosting cooperation to improve national road networks, upgrade funding mechanisms and reflect, together, on road development policies and maintenance technology within the framework of national, regional and international professional organizations,” said King Mohammed VI.

In a message that was read out on his behalf Wednesday before the opening session of the first African Congress on maintenance, preservation of road assets and technical innovation, being held in Marrakech, the King stressed the crucial importance of international cooperation and the exchange of information and expertise in all areas. He said, “Interaction and cooperation in the infrastructure sector between African countries, as well as between Africa and the countries of the North, will contribute to developing and modernizing this sector.”

In this respect, he insisted, “the South-South cooperation we are yearning for is not an empty slogan designed for the media. Rather, we are keen to give that cooperation concrete substance through tangible projects from which our peoples can benefit and which pave the way for promising partnerships open to all stakeholders – both public and private – in various environmental, social and development sectors.

He expressed hope that the Conference will come up with feasible, practical recommendations likely to help devise adequate, innovative answers to the challenge of safeguarding, maintaining and upgrading road infrastructure in Africa, and reinforcing it with new road networks that comply with international standards.
In his message, King Mohammed VI also surveyed his country’s multi-dimensional approach in the area of transport infrastructure based, he said, “on the rehabilitation and modernization of the road network, the expansion and upgrading of the railway system, the development of air transport through the construction, expansion and renovation of airports and the building of major ports and logistics platforms.”

“In this respect, we have also been expanding our freeway and expressway network – which complies with international standards – thus linking the country’s North to the South and the East to the West, in addition to rehabilitating all categories of national roads. We have also focused on the development of secondary and rural roads to facilitate access to remote and hard to reach areas and effectively connect the rural world to the national transport system,” he said, pointing out that all these transport infrastructures “can serve as a lever for economic take-off and as a means to enhance Morocco’s competitiveness and attractiveness.”

The Moroccan King recalled in this regard the landmark projects he launched last year part of the celebrations of 40th anniversary of the Green March for the recovery of the Southern Provinces.

Part of this series of integrated projects to further link the Kingdom’s North with its South, the Sovereign mentioned “the planned freeway, which complies with international standards and specifications, and which will link Agadir and Dakhla, via Tiznit and Laayun, all the way to the Mauritanian border in the South.”

“We will also build the Great Atlantic Port in Dakhla and consider a railway line from Tangiers to Lagouira in order to connect Morocco to African sister nations,” he said, pointing out that the Moroccan strategic plan on the development and modernization of the road network for the next 20 years gives special importance to strategic connections with West Africa.

“The Moroccan southern provinces will thus constitute a bridge between Morocco and its African roots,” he said.

These ambitious plans, together with major infrastructure and solar and wind energy projects, are not designed only for the development of the region. Through them, we hope to create closer bonds with African sister nations and contribute to their development as well, the King of Morocco said, reiterating his country’s commitment “to share with African countries the significant expertise it has gained over the years in the area of road maintenance and to exchange best practices with sister nations in this field.”

Posted by Pawla Nibramich on May 4, 2016. Filed under News. You can follow any responses to this entry through the RSS 2.0. You can skip to the end and leave a response. Pinging is currently not allowed.