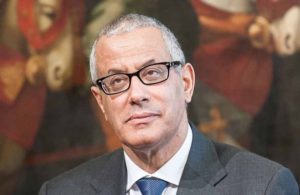 Libya’s former Prime Minister Ali Zeidan, kidnapped by an armed group in war-torn Tripoli nine days ago, has been released, a relative told Reuters on Wednesday.

Ali Zeidan, who became Prime Minister in November 2012 when the country was plunged in an armed conflict, was dismissed by Libya’s parliament in March 2014 amid accusations that public funds had been embezzled. He left the country soon afterwards to Germany with his family.

Zeidan returned to Libya in early August for the first time since his dismissal and was planning a Tripoli press conference to respond to his critics, according to local media.

He was being held by a group aligned with the U.N.-backed government in Tripoli, though he faced no judicial charges, a source told Reuters.

His lawyer, Moussa Al-Doghali, told France 24 Arabic TV channel that his client was released without explanation.

This is the second time Zeidan has been kidnapped by gunmen. In October 2013, gunmen seized the then Premier from Tripoli’s luxury Corinthia Hotel, but released him several hours later.

Since Muammar Gaddafi’s fall, Libya has been plagued by security problems and political actors have been obliged to depend on rival militias.

Earlier this week, Britain has announced more than £9 million aid to Libya in a bid to help the troubled North African nation regain stability.

Posted by Khalid Al Mouahidi on August 24, 2017. Filed under Zoom. You can follow any responses to this entry through the RSS 2.0. You can skip to the end and leave a response. Pinging is currently not allowed.