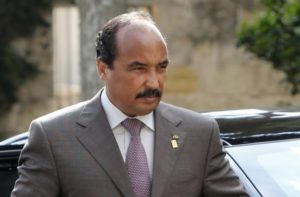 Mauritania will hold elections to elect a new president on Saturday, June 22, 2019, according to a decree signed by President Mohamed Ould Abdel Aziz.

The incumbent president, Mohamed Ould Abdel Aziz, took office in 2008 and has now served two terms, the maximum allowed under the constitution.

In 2017, he orchestrated a constitutional referendum that abolished the country’s Senate, a move seen as a bid to consolidate his authority.

Signs had appeared in Nouakchott, the capital, urging Abdel Aziz to stay on as president. However, in January, Mohamed Ould Abdelaziz announced that he would not contest this year’s election.

Abdel Aziz, a 62-year-old former general, was a major figure in a successful coup in 2005, and in 2008 led another coup that forced out the then president, Sidi Ould Cheikh Abadallahi.

Opposition presidential candidates have called for changes to Mauritania’s official electoral commission in advance of the presidential polls in June.

Other presidential hopefuls include former defense minister, Mohamed Ould Cheikh Mohamed Ahmed, aka Ghazouni, who is is tipped as the likely successor to the outgoing president.

Posted by Emmanuel Agbenonwossi on April 18, 2019. Filed under News, Zoom. You can follow any responses to this entry through the RSS 2.0. Both comments and pings are currently closed.