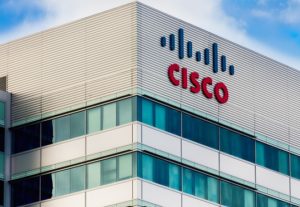 Cisco has announced that it will train an additional one million students over the next five years in Africa through its Networking Academy Program (NetAcad). The company made the announcement during the Cisco Connect conference held in South Africa.

During the next three years, Cisco says it will focus on training students. This will be followed by reskilling initiatives for active workforce and job seekers, based on content from Cisco NetAcad. Through NetAcad, Cisco intends to support the creation of Digital Learning Hubs in public libraries, accessible by the local population.

In addition, Cisco plans to actively engage with employers to identify job opportunities that align to the skills of NetAcad students and alumni. In South Africa, in April 2019, Cisco launched a talent bridge platform aimed at small and medium businesses and professionals. Talent Bridge helps match supply, the skilled talent pool coming from NetAcad, with demand, that is entry-level jobs available in Cisco’s partner ecosystem.

‘’In Cisco’s vision, technology enables inclusion and opportunities for people. For more than 20 years, Cisco has invested in educating and upskilling students, graduates and unemployed youth through its Networking Academy (NetAcad)’’ the company said in a statement.

‘’NetAcad provides students hands-on digital skills to prepare them for careers in the digital economy.’’

Since its launch in 1998, close to 700,000 students participated in NetAcad courses throughout the African continent.

Posted by Emmanuel Agbenonwossi on May 22, 2019. Filed under News, Zoom. You can follow any responses to this entry through the RSS 2.0. Both comments and pings are currently closed.