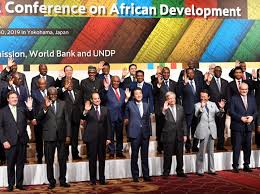 Egypt’s General Authority for Investment and Free Zones (GAFI) has penned a Memorandum of Understanding with Japan’s top banking group in a move that will enable both sides to increase mutual investments, Zawya news reports.

Egypt’s minister of investment Sahar Nasr according to the media made the announcement in a statement on Wednesday.

The MoU signed with MUFG Bank, officially known as Bank of Tokyo-Mitsubishi UFJ, enables both sides to establish an efficient framework to bolster mutual investments between the two countries, the UAE-based media says.

Business communities of both countries will benefit from the deal as it facilitate access to economic data, cooperation in investment and encouraging the establishment of joint ventures.

The agreement is part of seven expected to be signed between the two countries on the sidelines of the 7th Tokyo International Conference on Development in Africa (TICAD VII).

The agreements, according to Director General of Japan External Trade Organization (JETRO), Takashi Tsunemi, will focus in areas such as information and communications technology (ICT), infrastructure and finance.

In an interview with Daily News Egypt, Tsunemi indicated that they are currently about 50 Japanese companies operating in the most populated Arab country. About $880 million have been invested by Japanese companies in Egypt according to the Ministry of Investment and International Cooperation data.

Posted by Geraldine Boechat on August 29, 2019. Filed under Business, News, Zoom. You can follow any responses to this entry through the RSS 2.0. Both comments and pings are currently closed.