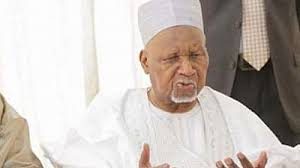 First Gambian president, Sir Dawda Kairaba Jawara, died at his home in Fajara, Banjul, on Tuesday following a brief illness, his family confirmed. He was 95.

Jawara, Gambia’s first post-independence president led the tiny West African country for 24 years before being deposed in a 1994 coup.

A statement by Barrow’s office noted that Jawara was affectionately known as “Kairaba Jawara”, or “Peaceful Jawara.”

“Under his leadership, The Gambia became one of Africa’s few successful parliamentary democracies; a champion of international peace, justice and human rights,” the statement said.

Jawara served as prime minister from 1962-70 when the country was a constitutional monarchy under Queen Elizabeth II.

In 1970, Gambia adopted a republican constitution by referendum and Jawara was elected its first president. He drew criticism in the later years of his tenure for nepotism and corruption. Jawara went to the UK after the coup and returned to Gambia in 2002.

The 23-year-rule of Jawara’s successor, Jammeh, was marked by widespread torture, killings of perceived opponents and graft, according to testimonies before a truth commission.

Jammeh fled into exile in Equatorial Guinea in January 2017 after losing an election to current President Barrow. Jammeh initially did not accept the electoral result, but later stepped down following pressure from regional leaders.