Comoros seeks to mobilize €4.5 billion in investments in Paris 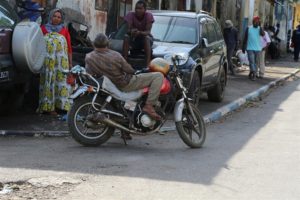 The Comorian government will meet several financial partners in Paris, the French capital, in December.

The objective for the authorities of the archipelago of the Indian Ocean, is to mobilize €4.5 billion investments ($5 billion) for the development of several projects.

The announcement was made by Houmed Msaidie Comoros Minister of Economy, in an interview with Bloomberg. These new investments should be made mainly in the tourism and infrastructure sectors.

The operation comes a few months after the re-election of President Azali Assoumani, who said he wanted to make tourism one of the new levers of growth in the country. These investments are mainly aimed at diversifying the economy of the archipelago, which is strongly dominated by exports of horticultural products.

New funding is expected to come primarily from borrowings or donations, Minister Msaidie said. It should be noted that the negotiations are scheduled to take place on December 2-3.

The Comoro Islands have an estimated population of 850 886, of which 60 percent is under the age of 25. Since the independence from France in 1975, the country has experienced more than 20 successful and attempted coups, with the most recent in 2013, mainly due to a power struggle among the three Islands.

The country’s economy is still undiversified, with service and agriculture sectors being the major drivers. Last year, its GDP was estimated at $1.2 billion (R17.7bn) of which the highest contributor with 56.3 percent was the service sector, followed by agriculture with 31.6 percent.

Posted by Emmanuel Agbenonwossi on November 29, 2019. Filed under Finance, News, Zoom. You can follow any responses to this entry through the RSS 2.0. Both comments and pings are currently closed.