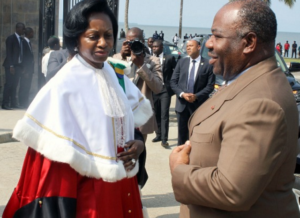 Gabon’s Constitutional Court has rejected the African Union’s (AU) proposed observer mission to the central African nation as it prepares to deliver a verdict on the contentious presidential elections of August 27.

“The judges of the Constitutional Court give their verdict on behalf of the people. They take an oath. They are not legal experts of the African Union,” said an official of the court as a reason for denying AU’s participation in the ongoing process.

The election results sparked days of protests and outrage when it was announced that incumbent President Ali Bongo Ondimba was the winner.

Ping, who officially lost by fewer than 6,000 votes, applied to the court to authorize a recount in the Haut-Ogooue province, Bongo’s stronghold, where the president won 95 percent of the votes on a 99.9 percent turnout.

The government stressed that the court is neutral and accused Ping’s supporters of irregularities in the polls.

Ping said he has no faith in the judicial body because of its ties to the Bongo family. The head of the court, Marie-Madeleine Mborantsuo, was the long-time mistress of Ali Bongo’s father Omar Bongo, who ruled for 41 years.

Ping himself is a long-time political insider and was a close ally of Omar Bongo. He fathered two children with the current president’s sister, Pascaline.

According to press reports, ballots from the contested presidential election will be recounted in the coming days.