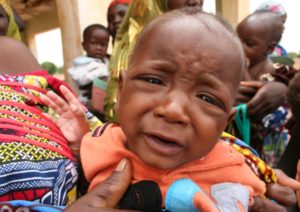 The United States has donated over $41 million in additional humanitarian assistance to people affected by the Boko Haram insurgency across the Lake Chad region.

The announcement was made by US Ambassador to the United Nations Samantha Power at a high-level event on the humanitarian crisis in the Lake Chad Basin.

The US diplomat said the new funding will go to the United Nations (UN) and NGOs working in the region to help displaced people receive critically needed humanitarian assistance, including food, water, shelter, and services to address acute hygiene, protection, and nutritional needs.

Humanitarian groups have continually called on the Nigerian government to turn its focus to the plights of persons displaced by the Boko Haram insurgency.

The worst affected states of Borno, Yobe and Adamawa have Internally Displaced Persons (IDP) camps. Some IDPs in Borno state recently returned to their homes after the Army retook their local government areas.

Some 1.5 million people have also sought safe haven in Maiduguri, more than doubling its population.

The area for aid intervention was first assessed by aid workers in April after Nigeria’s army successfully pushed back Boko Haram militants.