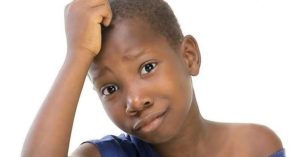 The seven-year-old comedian of Mark Angel Comedy made the announcement via her Instagram page. She said that she is set to feature in an upcoming Walt Disney project with the caption “God bless everyone whose support has added to bringing us here.”

Many fans across the world including the Nigerian Senate President, Bukola Saraki, took to twitter and Instagram to congratulate Emmanuella and her acting group, Mark Angel Comedy.

Not much is known about Emmanuella’s role in the movie, but she will be the first Nigerian child to be featured in a Walt Disney movie.

Popularly known with her comedy skit “This is not my real face” and a host of others, Emmanuella’s YouTube channel became the first African channel to get to a million subscribers in 2017. She became Africa’s youngest YouTube award winner the same year.

She was also awarded the Best New Comedian and Princess of Comedy at the Afro-Australia Music and Movie Awards in Australia and appeared in ads for Nickelodeon and Wikipedia.