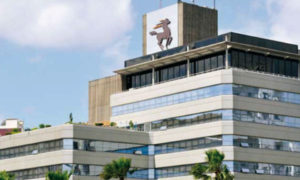 Groupe BPCE, the second largest banking group in France on Monday announced the signing of an agreement providing for the divestment of 100% of Banque des Mascareignes to  Banque Centrale Populaire Group, one of Morocco’s three biggest lenders.

This transaction is part of BCP’s strategy to refocus on priority growth markets and reinforce its footprint in the Indian Ocean as part of the group’s expansion strategy, a BCP statement said.

Last year for exemple, BCP Group has become the largest banking group in Niger, after it finalized the acquisition of the International Bank for Africa, so far the second-largest banking institution in the African country.

Moroccan banks are now present in more than 24 African countries and around 17 per cent of their foreign activity is on the continent.

The Banking sector, which has grown steadily over the past decade is well capitalized, according to the International Monetary Fund.