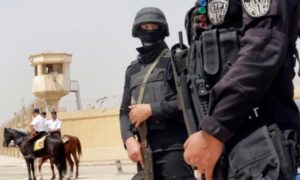 In Egypt, prominent political activists and opposition figures have been arrested on Thursday after they called for a referendum on Abdel Fattah al-Sisi’s government.

The house of the former Assistant to Egyptian Foreign Minister Masoum Marzouk, has been stormed by Egyptian security forces who took the diplomat to an undisclosed location, according to activists on social networking sites.

No specific charges had yet been laid against the men, but they were arrested on the orders of Egypt’s public prosecutor, according to local media.

The suggested roadmap of his initiative included the suspension of the Constitution and dissolution of Parliament and the transfer of power to a transitional council for a period of three years.

Marzouk held a diplomatic post under the country’s first democratically elected President Mohamed Morsi, who was deposed by the army led by el-Sisi, following mass street protests against his rule.

Egyptian authorities have jailed thousands of Sisi’s opponents and critics in recent years.