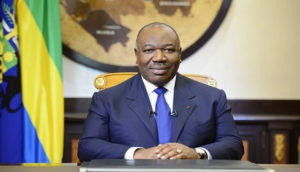 There was consternation in several quarters in Libreville and beyond over the weekend as rumors circulated that President Ali Bongo had passed away at a London hospital where he was said to be receiving treatment.

As the day wore on, the rumors gained ground after a Cameroonian pro-government Television Channel Vision4 reported that the President was dead. The news soon spread like wild fire in different parts of the oil-rich nation with many Gabonese making frantic social media posts to ascertain the story’s accuracy.

On Saturday, the presidency however denied the rumors. The government’s spokesperson said the 59-year-old president was admitted at a facility in the Saudi capital Riyadh on Thursday. He was hospitalized for “mild fatigue,” the spokesperson said.

Bongo was scheduled to appear Wednesday on a panel at the flagship Future Investment Initiative forum in Riyadh, but he was not seen during the discussion and organizers of the conference offered no explanation.

As a reminder, last year, a newsreader for Gabon state television has been taken off the air after mistakenly announcing the death of President Ali Bongo. Journalist Wivine Ovandong made the error during a Gabon Television news bulletin when she read from notes saying that Bongo had died in Barcelona.

Bongo took over as leader of the oil-rich equatorial African nation in 2009 on the death of his father Omar Bongo, who had ruled the country for over four decades.