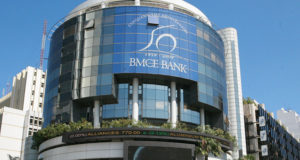 Morocco’s BMCE Bank of Africa Group has won the 2018 Best Bank for Africa award in a forum in Paris last week.

The media and rating agency Leaders League at the Africa Investment Forum & Awards (AIFA) awards the prize annually to the African bank with the strongest positioning on the continent, the bank said in a statement.

BMCE Bank of Africa is Morocco’s most internationally-oriented banking group and has a presence in 30 countries in Africa, Europe, and Asia. The group has more than 15,000 employees worldwide and a network of 1,650 sales outlets serving over 6 million customers.

The award recognizes BMCE’s position as a global bank, pursuing its growth strategy through offices in Africa, under the umbrella of the Bank of Africa Group; Europe, through BMCE International Holding; and in China through the BMCE Shanghai subsidiary.