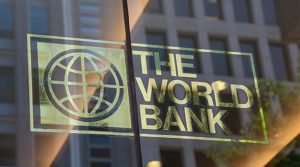 Efforts to improve agriculture productivity in Southern Africa got a boost following the World Bank Board approval this week of a $50 million project to increase the availability of agricultural technologies in Angola and Lesotho.

According to a WB press release, this will be done under the ongoing World Bank financed Agriculture Productivity Program for Southern Africa (APPSA) involving three other countries in the region, Malawi, Mozambique and Zambia.

APPSA’s focus on agriculture technology addresses the need to improve the competitiveness and resilience of African agriculture using regional integration as a key mechanism to achieve higher rates of growth and poverty reduction. While agricultural productivity has increased in Southern Africa, Angola and Lesotho’s average yields are below the regional average. This project is expected to help narrow these gaps with additional investment in technology adaptation and dissemination, the WB said.

“This project will help researchers, farmers, extension agents, input distributors and other end users in Angola and Lesotho to strengthen linkages between themselves and other participating countries,” said Mark Cackler, World Bank Agriculture Practice Manager. This is in line with the World Bank’s twin goal to reduce extreme poverty and promote shared prosperity”.

Agriculture remains the primary source of subsistence, employment, and income for most of Southern Africa’s 330 million people. However, despite the region’s rich land and water resources, the productivity of the agriculture sector has not been fully exploited, which has undermined economic transformation.