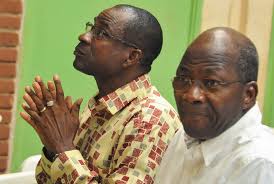 A military court in Burkina Faso handed 20 years in jail to a former general and 10 years to a former foreign minister, both of them indicted for involvement in a military coup against a transitional government after former president Blaise Campaore was deposed from power.

General Gilbert Diendere, former commander of the elite Presidential Security Regiment and head of spy agency under Campaore, was Monday indicted for murder and attempt to state security.

A military coup attempt in 2015 led by Diendere against a transitional government went botched after protesters resisted the military takeover of civilian rule. Fourteen demonstrators were killed and over 250 wounded.

The coup took place one year after Blaise Campaore was forced to flee the country for neighboring Côte d’Ivoire after 27 years in power. He was mulling plans to change the constitution to be able to seek another five-year term.