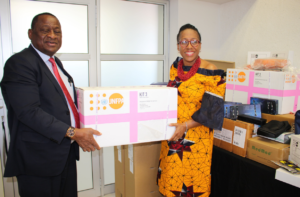 According to the Namibian Ministry of Health and Social Services, the donation will be distributed to various regions across the country.

The move aims to help decrease the number of unplanned pregnancies, especially among rural women.

“We trust the donation will enhance the delivery of Sexual Reproductive Health services to adolescent girls and young women especially those in hard to reach areas,” UNFPA Representative Dennia Gayle said.

Namibian Health Minister Kalumbi Shangula said that there was a lack of contraceptives in the country.

According to the Namibian Demographic Health Survey (NDHS) of 2013, 27 percent of men aged 15- 24 had sex before age 15 years and 9 percent for women in the same age category.