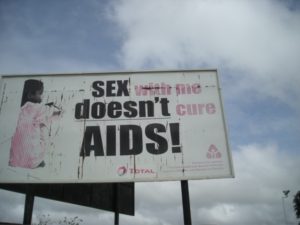 The United States will give Zambia a new one-year bilateral grant of $389 million for AIDS relief starting in October after congressional approval, Zambia’s ministry of health said in a statement.
Washington’s grant under the US President’s Emergency Plan for AIDS Relief (PEPFAR) follows a meeting on Zambia held last week in Johannesburg, South Africa.

“The meeting reviewed key policies, strategies and activities to be undertaken towards the goal of achieving epidemic control of HIV,” the statement said.

According to Zambia’s Health Minister Chitalu Chilufya, the meeting marked a milestone in the southern African nation’s collaboration with donors in enhancing provision of quality healthcare services.

“The US government through PEPFAR is a strategic partner in Zambia’s National HIV response which has been instrumental in accelerating the nation’s progress towards attainment of epidemic control of HIV and AIDS by 2020,” Chilufya said.

In addition to the $389 million, Chilufya said the United States would give Zambia funds specifically for the voluntary male circumcision programs.

Although the US has been involved in efforts to address the global AIDS crisis since the mid-1980s, the creation of the PEPFAR in 2003 marked a significant increase in funding and attention to the epidemic.

PEPFAR is the largest commitment by any nation to address a single disease in the world; to date, its funding has totaled more than $90 billion, including funding for the Global Fund to Fight AIDS, Tuberculosis and Malaria (Global Fund), to which the U.S. government is the largest donor.