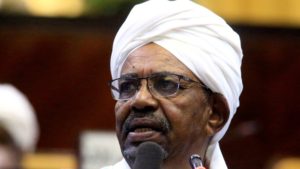 The government of Sudan has fired scores of diplomats for alleged links to the administration of ex-President Omar al-Bashir.

The Empowerment Removal Committee was formed under a law introduced in November to dismantle the system built by Bashir.

“One-hundred and nine ambassadors, diplomats and administrators were fired from the Ministry of Foreign Affairs, and those who were appointed through political and social empowerment,” Mohamed al-Faki, deputy head of the Empowerment Removal Committee, told a news conference in capital, Khartoum.

The Empowerment Removal Committee was formed under a law introduced in November to dismantle the system built by Bashir.

Some of the diplomats were appointed by Bashir himself and others were picked through his now dissolved National Congress Party, Mohamed al-Faki said.

Last month, the legal committee dissolved the boards of the country’s central bank and 11 other state-owned banks. It also seized the assets of the former ruling party.

Since August, Sudan has been ruled by a government and an 11-member sovereign council, which includes pro-democracy campaigners and senior soldiers.

Bashir was forced out from power in April, when security forces withdrew their support for his repressive regime after months of protests. He has since then been held in prison in Khartoum.
In December, he was sentenced to two years in a reform facility for corruption, a sentence dismissed as derisory by victims of his brutal 29-year rule.