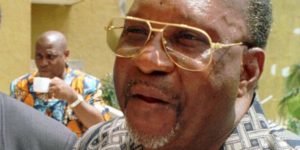 Former President Jacques Joaquim Yhombi Opango, who ran Congo-Brazzaville between 1977 and 1979, died in France on March 30 at the age of 81 from Covid-19.

The announcement was made by his son in a statement to AFP.

Jacques Joaquim Yhombi Opango went into exile in France when civil war broke out in 1997 in Congo-Brazzaville.

His exile ended in 2007. Since then, he has been living between France and Congo. The current covid 19 pandemic touched him. He died in the American hospital in Paris.