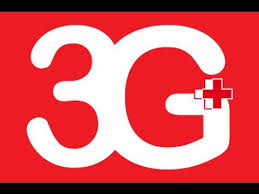 The year 2015 looks promising of good news for consumers of telecommunication services in Nigeria. After the National Communications Commission (NCC) which announced that it will make efforts to protect the interests of consumers, it is up to the government, through the Ministry of Information and Communication Technology, to announce improved access to broadband. The state plans to connect half of the country to 3G network in 2015.

It is in the context of the completion of Phase1 of the modernization project and expansion of the wireless broadband infrastructure contained in national broadband programme 2013-2018, submitted in 2013 to Nigerian head of State, President Goodluck Jonathan by the Presidential Committee on broadband.

Nigeria, with its nearly 180 million people, is still not covered by the telecommunications, especially access to broadband. This is the wish of Omobola Johnson, the Minister of ICT, who supports the disbursement of the universal service access funds which finances telecom stations across the national territory.

Nigeria has already broadband telecom infrastructures. But these facilities are concentrated in certain cities such as Lagos and Abuja. They did not reach the hinterland where the need for quality of telecommunication means is strong.