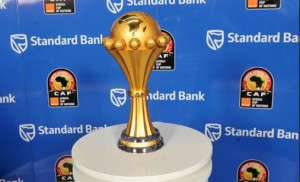 The rewards for of the 30th edition of the African Cup of Nations (AFCON) are officially announced by the Confederation of African Football (CAF). The winner of the tournament will get 1.5 million dollars. The other finalist will get one million dollars and all the 16 teams participating in the competition will get $400, 000.

AFCON 2015 has started this Saturday 17th January with the opening match between the hosts and DRC.

This year’s tournament kicks off last week in Equatorial Guinea, a late change in host country after Morocco pulled out citing fears of Ebola.

Nigeria won the 2013 AFCON in South Africa after beating the fellow West African Burkina Faso 1-0 in the final.