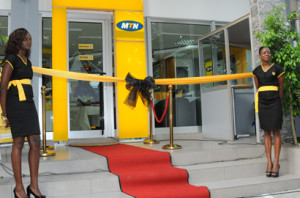 MTN Cameroon is carving the lion’s share in the quarterly information of the telecommunications sector in Cameroon, which have been made public by the Telecommunications Regulatory Agency (ART).

The Cameroon subsidiary of the South African group MTN, operating in the mobile phone industry, is credited with 11, 2 million subscribers.

These figures include both prepaid subscribers who use postpaid mode for their operations.

At the 30th September 2014, the public operator, Cameroon Telecommunications (Camtel), had a subscriber base of 322,790 people on both segments of CT Phone.

The Telecommunications Regulatory Agency notes that the third operator, Orange Cameroon, has not communicated the position of its subscriber base.

After the opening of the market for mobile telephony in Cameroon in the early 2000s, MTN and Mobilis, which later became Orange, were the best players on the market until 2014. In the same report, ART found that 99% of mobile subscribers are on the “prepaid” option against only 1 % for “postpaid.”

About Khalid Al Mouahidi 3123 Articles
Khalid Al Mouahidi : A binational from the US and Morocco, Khalid El Mouahidi has worked for several american companies in the Maghreb Region and is currently based in Casablanca, where he is doing consulting jobs for major international companies . Khalid writes analytical pieces about economic ties between the Maghreb and the Mena Region, where he has an extensive network