The United States is preparing to return to Somalia as President Obama nominates Katherine Simonds Dhanani as US ambassador to the country. The state department said the nomination is a sign of its commitment to Somalia. The US closed its embassy in the country in 1991 after fighting against the country’s leader Mohamed Siad Barre became uncontrollable. Since then, the country has been marred with chaos and successive governments have struggled to assure security in the country. 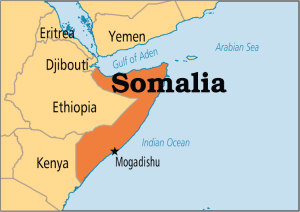 Spokeswoman Jen Psaki described the nomination as “historic.” She stated that the move “signals the deepening relationship” between the two countries and will enable them to evaluate the progress of the Somali people amid the challenges which lie ahead as the country goes through a transitional period to become a democratic and prosperous nation. Since the war started, the US only recognized the government that came to power in August 2012 in January 2013 although the government gained global recognition in 2013.

Prime Minister Omar Abdel Rashid Sharmarke applauded the nomination and stated that it “marks a very positive moment in Somalia’s relationship with the US as we work towards achieving security, stability and prosperity.”

If the nomination is approved, Dhanani will be operating from Kenya as the security in Mogadishu is still fragile. Al Shabaab continues to pose a threat despite being pushed by African Union forces from the capital and other major cities last year. On Friday, it killed at least 25 people in a bomb attack on a popular hotel in the capital where government ministers and officials were praying.

Dhanani is a veteran diplomat with significant African experience. She was the director of regional and security affairs in the department’s Africa bureau at the time of her nomination.