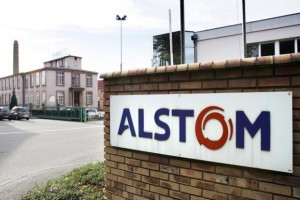 The French Company Alstom has announced on February 27th, in a statement, that the company has signed two contracts with Egypt’s National Authority for Tunnels (NAT) to supply the signalling system and the infrastructure of the phase 4A of Cairo metro line 3, currently under construction.

The value of the contracts signed between the French industrial group and the National Authority for Tunnels in Egypt is about 80 million euros, added by the same source.

Alstom will equip Phase 4A of Line 3 with signalling solution Urbalis 200, switching engines and signalling equipment of the stations.The company will also provide electromechanical equipment including power supply to feed the third rail, ventilation system and elevators/escalators. With this extension, the line will carry over 750,000 passengers per day in total safety,” the group has added in a statement.

“We are pleased that NAT has entrusted Alstom with these new contracts. This is a continuing partnership that was initiated more than 30 years ago. NAT can be reassured of Alstom’s engagement to further develop Cairo’s metro network”, said Gian-Luca Erbacci, Senior Vice-President of Alstom Transport for Middle East and Africa.

“A long-time partner of the Cairo metro, Alstom has provided trains as well as infrastructure, signalling and services solutions for lines 1 and 2.” Added the statement before recalling that In January 2015, Alstom has also signed a contract to modernise the signalling systems on the regional railway line from Beni Suef to Asyut.