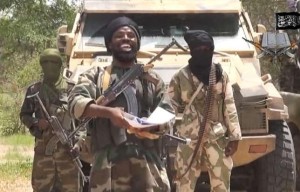 According to Jihad monitoring group SITE Intelligence, Shekau can be heard in an eight-minute audio tape condemning rivals for spreading false rumors of his death or his capacity to serve as Boko Haram’s leader.

Reports about his death have been repeatedly circulated over the last few years. Last week Chad’s President Idriss Deby said Shekau was wounded and had been replaced by Mahamoud Daoud as Boko Haram’s leader.

Deby said the new Boko Haram leader, whom little is known about, was open to the idea of talks with Abuja.

Shekau’s last video appearance was in February, when a person claiming to be him threatened to disrupt Nigeria’s presidential elections held the following month.

The group has released at least five videos since then but Shekau has not appeared in any of them.