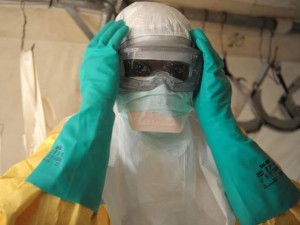 The World Health Organization said on Monday that Sierra Leone has not recorded any new case of Ebola since last week; a first since the outbreak begun in the country in December 2013. At the height of the epidemic, the West African country was reporting more than 500 new cases a week.

“This is very good news but we have to keep doing this intensive working with communities to identify potential new cases,” said Anders Nordstrom, the WHO representative in Sierra Leonne.

According to the country’s authorities, the end of the outbreak will only be declared six weeks after the last Ebola patient either dies or tests negative for the virus.

Last Friday, President Ernest Bai Koroma lifted the quarantine on one of the last villages to be cordoned off to help stop the spread of the virus, marking the moment as the beginning of the end of the outbreak in Sierra Leone.

“We have to keep doing this intensive working with communities to identify potential new cases early and to rapidly stop any Ebola virus transmission”, Anders Nordstrom said.

“It’s important for Sierra Leone that we have come this far, but it’s not over for the region until we are at zero patient for 42 days in all three countries.” He added.

Over 11,000 people have died from Ebola since the epidemic erupted in 2013-2014. More than 99 percent of the cases were recorded in Guinea, Liberia and Sierra Leone.