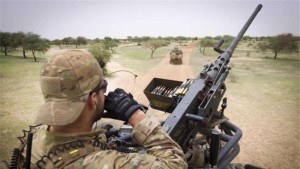 The UN peacekeeping mission in Mali known as MINUSMA said it would establish a 20-kilometre “security zone” around the town of Kidal in restive northern Mali with effect from Tuesday following deadly clashes between a pro-government group and Tuareg rebels.

The UN peacekeeping mission said in a statement it was a “blatant violation” of the recently agreed Mali peace deal known as the Algiers Accord.

“The international community, as well as the population, is concerned by the increasing number of these violations, which could hinder the progress made towards a stable and lasting peace in Mali,” MINUSMA said.

The fighting occurred as neighboring Niger prepares to hold peace talks on Wednesday between the pro-government Platform group, which includes the Gatia militia, and the Tuareg-dominated Coordination of Azawad Movements (CMA).

The main separatist group signed a peace accord with the government and its allied armed groups at the end of June. Government-allied groups have settled in some territory occupied by Tuareg separatists since July.

The Wednesday talks are aimed at restoring the peace agreement signed in June that the government had hoped would allow Mali’s army to focus on stamping out Islamist groups.

“The fighting is over for now on all three fronts. CMA lost everywhere and sustained 20 dead. There was none on our side. All the deaths were for nothing,” Fahad Ag Almahamoud, Gatia’s Secretary General said.

Mali has been mired in violence since the 2012 coup d’état against the government of Amadou Toumani Touré by mutinying Malian soldiers, displeased with the management of the Tuareg rebellion. The coup was followed by the swift loss of northern Mali to Tuareg forces