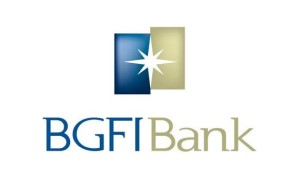 Gabonese lender BGFI Bank SA, which operates in 10 countries, announced in a press release having officially started its activities in Senegal after winning a banking license in the West African nation.

“Senegal authorities have a strategic plan to make the country an emerging nation, and we want to make our contribution to the development of its companies and basic infrastructure,” BGFI Bank group CEO, Henri Claude Oyima, was quoted in the release as saying.

According to him: “This new establishment strengthens the group’s ambitions to expand in Africa and more precisely in development zones with high potential such as the West African Economic and Monetary Union (UEMOA)”

“Just like the other banking subsidiaries of the group, in line with a quality approach, BGFI Bank Senegal will put an emphasis on the quality of the services offered to its target clientele, large and medium-sized enterprises, SME-SMIs with high potential and investment clientele”, clarifies the bank in its communiqué.

In January, BGFI Bank announced having received authorization from the Senegalese financial authorities for the creation of a subsidiary in Senegal.

BGFI also plans to expand in the insurance industry in two Central and West African countries in 2015, the CEO said, without elaborating.