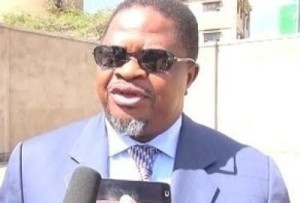 Malawi government announced that new mineral deposits had been discovered in a $30-million geophysical survey sponsored by the World Bank and the European Union.

No details were given of the size or value of the deposits, nor any indication of whether they could transform Malawi’s agriculture-based economy.

“My ministry is now in custody of this vital data ready to be accessed and used by interested individuals and companies. And having personally reviewed the preliminary data, I have no doubt that the data we are launching today will greatly enhance the mining profile of this country,” the Minister of Natural Resources, Energy and Mining Bright Msaka told reporters.

The new data “will significantly increase our knowledge of our geology and enable prospective investors to start using it in geological mapping and mineral exploration,” Msaka said.

He said that in the past, the country’s “full mineral potential was poorly understood because of lack of geological information … This hindered meaningful mineral exploration.”

The countrywide high resolution airborne geophysical survey was funded by the World Bank and European Union as a component under Mining Governance and Growth Support Project and was executed by Canadian company Sanders Geophysics Limited.

The World Bank Country Manager Laura Kullenberg urged the government to be more transparent in handling the mineral resources to benefit the citizens.