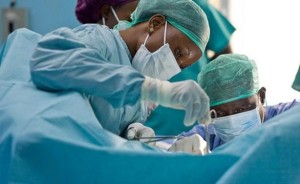 Members of the Ghana Medical Association (GMA) who embarked on a three-week long strike to demand codified conditions of service will resume work on Monday.

Talks between the GMA and government were subsequently suspended at some point, but following pleas from various stakeholders, the doctors called off their three-week old strike on Friday.

The GMA has however asked the National Labor Commission (NLC) to enforce its rulings and ensure negotiations are completed.

Speaking to Joy Fm, a local radio based in Accra, the capital, the General Secretary of the GMA, Frank Serebour said the GMA’s decision to call off the strike was hinged on calls from various quarters.

“I will like to indicate clearly that it is more to do with the public appeal and the secret meetings that we have been having with a lot of people whose names we decided not to mention in the statement and we have concluded that it is important that we offer our services starting from Monday and that is exactly what counsel has done.”

Government has welcomed the news and has promised to pay the doctors their salaries for their three weeks absence.

Employment and Labor Relations Minister, Haruna Iddrisu said, “I do not think that any medical practitioner will suffer as a result of the action that was embarked upon”.

Ghana’s doctors say the government has failed to deliver conditions of service document to define their terms of work including how they should be remunerated for additional hours.