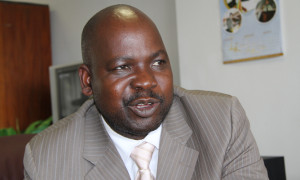 Zimbabwe’s chief prosecutor has been granted $1000 bail and ordered to surrender his passport after being charged with abuse of office and obstructing justice.

Johannes Tomana, 48, was charged with “abuse of office and obstructing justice” when he authorized the release of two men accused of plotting to bomb President Robert Mugabe’s dairy farm.

The alleged plan was the first of its kind in the southern African country.

State prosecutor Timothy Makoni told a magistrates court that two army corporals, a retired soldier and a fourth man were arrested on Jan. 22 outside Mugabe’s dairy farm north of the capital Harare and were found carrying ammonia and petrol bombs.

But Tomana freed two of them, who then turned state witnesses, in a decision the state said amounted to criminal abuse of office

The court ruled that Tomana should surrender his passport, report three times a week at Harare main police station and stay at his home address.

Tomana was previously accused by opposition parties of bias against Mugabe’s opponents.

But last year he clashed with Mugabe’s wife Grace after he said girls as young as 12 should be able to get married.

In 2015, a court found him guilty of abuse of office after he refused to prosecute a ruling party lawmaker facing rape charges.

Tomana was spared jail after reversing his decision.