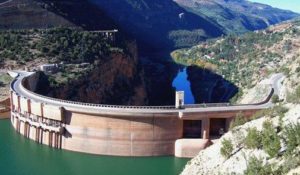 King Mohammed VI of Morocco has ordered the government to take urgent measures to address water shortage through building dams and desalination.

That came during a meeting on Tuesday attended by head of the government Saad Dine El Otmani and Agriculture minister Aziz Akhannouch and energy minister Aziz Rabbah as well as senior officials and king’s advisors, the Royal cabinet said.

The Monarch had drawn attention at a minsters council on October 2017 to the water shortage and gave instructions to address the issue.

Since his accession to the throne, the king “strengthened the policy initiated by late Hassan II in order to endow the Kingdom with water infrastructure to meet the needs of citizens. In 18 years, thirty dams of different sizes were built,” the statement said.

“However, natural hazards and the rising demand on water significantly soared the risk of water shortage,” it said.

In this context, King Mohammed VI gave instructions for the prompt construction of dams of different sizes across the kingdom while applying a water saving program to ensure efficiency in the agricultural sector.

Morocco is turning to desalination to satisfy its needs. A plant running on renewable energy will be ready in 2019 in the region of Agadir.

In recent months, unrest shook the region of Zagora in Morocco’s central east due to water shortage.

Posted by Hafid El Fassy on June 7, 2018. Filed under News. You can follow any responses to this entry through the RSS 2.0. Both comments and pings are currently closed.