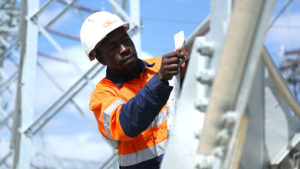 The World Bank has approved a $455 million loan to Tanzania under its International Development Assistance (IDA) program to boost access to power for the country’s southern regions.

According to the Bank, the credit will finance construction of critical high voltage transmission infrastructure that will support the electrification of the Southern and Northwestern regions and establish cross-border transmission capacity connecting Tanzania with the Southern African Power Pool (SAPP) and the Eastern Africa Power Pool (EAPP).

In a statement released on Thursday, the World Bank said the construction of high voltage transmission infrastructure is vital for Tanzania’s interconnection with the regional power markets of Southern and Eastern Africa.

The government of the East African nation plans to raise $880 million in its budget for fiscal year 2018/19 (July-June) from concessional loans and grants to finance development projects.

Tanzania has abundant and diverse indigenous energy resources, which are yet to be fully exploited. Most electricity in the country is gas and hydropower generated. With a capacity of 1,521 MW, only 60% of this power is available. It plans to boost power generation capacity to 5 000 MW over the next three years.

The recent discoveries of 55.08tn cubic feet of natural gas reserves off the coast of Tanzania have put the country on the world energy map.

Posted by Khalid Al Mouahidi on June 22, 2018. Filed under Finance. You can follow any responses to this entry through the RSS 2.0. Both comments and pings are currently closed.