Angola to privatize 86% of its public companies by 2022 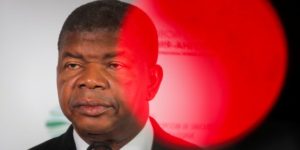 The Angolan government plans to privatize 86% of its public companies by 2022.

According to Macauhub news agency, citing Vera Daves de Sousa, Secretary of State for Finance and Treasury of the Angolan Government, the State has sold 171 of its 195 public enterprises to private investors. Eighty of them should be sold by the end of the current year, while 91 will be sold next year.

The latest wave of privatization will see the sale of 20 more companies in 2021 and the last four on the list in 2022.

According to the official, the proceeds from the privatization process go to the financing of programs for the economic and social development of the country, with a particular focus on fostering the productive sector.

These include the Aldeia Nova and Biocom agro-industrial units, Textang II, Satec and Africa Textile, Nova Cimangola and Secil do Lobito cement plants, as well as Cuca, Eka and Ngola breweries and the construction company Mota Engil Angola.

Other companies listed for privatization are Sonangol’s airline, Sonair, the Airport Management Company (SGA) and Sonangalp, a 51 per cent fuel distributor owned by the Angolan state oil company.

Posted by Emmanuel Agbenonwossi on August 19, 2019. Filed under Business, Finance, News, Zoom. You can follow any responses to this entry through the RSS 2.0. Both comments and pings are currently closed.