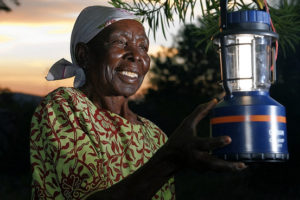 The Kingdom of Eswatini has shortlisted 13 independent power producers as part of the establishment of 80 MW of solar and biomass plants in.

French Engie and EDF Renewable, the British Globeleq, the German Innovent, the Canadian JCM Power, and local entities such as the Eswatini Green Energy Consortium are among the companies shortlisted by the Eswatini Energy Regulatory Authority (ESERA).

According to local reports, the plants will be set up under two separate projects, the first relating to the construction of solar power plants with a total capacity of 40 MW and the second of the same capacity, operating from biomass.

Solar plants are expected to come into service by 2020. Biomass plants will provide energy in the following year.

The projects, which will be part of the Eswatini’s Ministry of Natural Resources and Energy’s recently released Short-Term Generation Expansion Plan, will be designed to reduce the country’s dependence on power imports from troubled South African utility Eskom, which is currently grappling with a financial and operational crisis.

Formerly known as Swaziland, the Kingdom of aims to increase the share of renewables in the country’s electricity mix to 50% by 2030.

The current installed capacity of Eswatini Electricity Co. (EEC), a state-owned utility formerly known as Swaziland Electricity Co. (SEC) is only around 60 MW, which is enough to cover just 10% of the kingdom’s electricity demand.

The vast majority of the electricity consumes comes from Mozambique and South Africa, via the Southern African Power Pool (SAPP).

Posted by Emmanuel Agbenonwossi on November 5, 2019. Filed under News, Zoom. You can follow any responses to this entry through the RSS 2.0. Both comments and pings are currently closed.