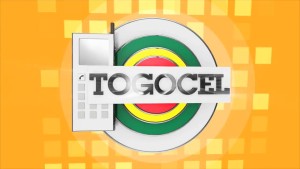 After introducing the first 3G broadband network in Togo in 2010, the mobile phone company Togocel has announced this weekend the introduction of 4G network in 2015 and mobile banking. According to the official source which has announced the information, with the 4G network, Internet users can surf at high speed from their smartphone, tablet or computer from any place covered by the network.

The same source indicated that the Mobile banking of the company will offer many financial services directly from a connected device: consulting banking statements, transfers, bill payments, etc…

In Togo, only two operators occupy the market of mobile phones: Togocel (state owned company) and Moov-Togo (private company a subsidiary of Etisalat).

The Togolese government has decided recently to grant a third mobile communications license to allow the telecommunications sector “to achieve its full potential.”

According to the Government, the telecommunications sector has delayed in some areas with a mobile penetration rate estimated at 54%, which is below the regional average of 75%.

Note that Togocel was inaugurated in July 1998 and is a subsidiary of Togo Telecom, the state owned operator. With more than 3 million subscribers (99% prepaid), Togocel enjoys a 75% market share.

The company is one of the global providers in fixed, mobile and converged broadband networking, IP technologies, applications and services for service providers, enterprises and governments’ worldwide, offering solutions to deliver voice, data and video communication services to end-users in more than 130 countries.

Posted by Emmanuel Agbenonwossi on February 16, 2015. Filed under Business, Finance. You can follow any responses to this entry through the RSS 2.0. You can skip to the end and leave a response. Pinging is currently not allowed.