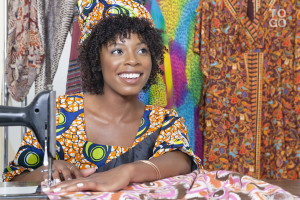 Burkina Faso’s company of textile fibers (SOFITEX) continues to seek for funding on behalf of the new cotton season. The company has finalized on the 13th February, an agreement with the French General Corporation and the International Finance Corporation, a department of the World Bank. This new funding which amount is $ 70 million, the equivalent of nearly 46 billion FCFA will complete the financing cycle of cotton growing for the 2014/2015 campaign of SOFITEX.

This funding comes after previous financing. On January 14th, 2015 in Rabat, Morocco, SOFITEX and an offshore banking syndicate led by the International Islamic Trade Finance Corporation have signed an agreement for an amount of € 79 million. On January 19th, the company has also received 70 million euros from the International Islamic Trade Finance Corporation and 110 million euros from a Burkinabe banking pool.

The company, which has produced 508,000 tons of cotton during the last campaign is now planning to produce over 540, 000 tons for the current season. An increment of 6.2%.

Burkinabe Textile Fiber Company “SOFITEX” therefore originates from the French Company for the development of textile fibers “CFDT.” The company’s mission was to promote the development of cotton production in francophone Africa and Madagascar. From 1919, Bobo-Dioulasso has housed the Regional Directorate of West Africa. Therefore, the CFDT led his activities in Cameroon, Madagascar, Morocco, Senegal, and Central African Republic.

Note that Cotton supports more than 4 million people in Burkina Faso, it is the second resource of the country after gold.