Nigeria lost more than $400 billion of oil proceeds since 1960 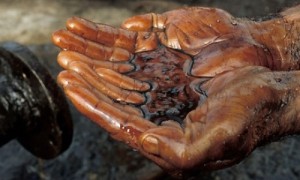 Nigeria has lost more than $400 billion of its oil revenue because of theft or mismanagement since the country’s independence in 1960.
The figure was disclosed by former Nigerian Minister of Education, Dr. Oby Ezekwesili, during a conference of the Nigerian Bar association.
Dr. Oby Ezekwesili, also a former World Bank Vice President for Africa, criticized, while presenting a paper on “Corruption, National Development, The Bar and The Judiciary” the management of Nigeria’s finances pointing out that some 20 percent of Nigeria’s annual capital expenditure budget ends up in private pockets and that one per cent of the population gets over 80 per cent of oil sales proceeds.
The speaker who underlined the negative effects of corruption on the country’s economy at large and the worsening poor governance of public resources and assets in Nigeria at every level of government, warned that based on current track record, Nigeria will miss all the Millennium Development Goals (MDGs) target set in 2000 despite the richness of is natural and human resources.
Referring to a World Bank study, she said a data modeling revealed that annual worldwide losses due to corruption amount to between one to four thousand US Dollars or two percent of the world’s gross economic output.
“The Global Financial Integrity estimated that between 1970 and 2008 Africa lost more than $854 billion in illicit financial outflows, an amount which is far in excess of official development inflows,” she said.
She also recalled that a report of Transparency International put the amount of bribes companies paid politicians and other public officials in developing and transiting economies annually at $ 40 billion in 2009 and consider that Africa would constitute a major part of.
The former Nigerian official also highlighted the key roles that civil society organizations and the judiciary can play in struggling against corruption and improving good governance.

Posted by Steven Addamah on August 29, 2012. Filed under News. You can follow any responses to this entry through the RSS 2.0. You can skip to the end and leave a response. Pinging is currently not allowed.