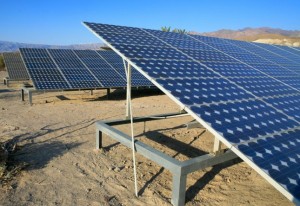 Desertec is the association of 57 partners from 16 countries which defines itself as the world’s biggest solar power. For three years now, Desertec has been working on an agreement to build a 500 Megawatt (MW) solar power plant in Morocco. The plan is to feed power to European countries by underwater cables coming from North Africa especially around the Sahara region where solar power can be harnessed greatly. This Munich based project, will use mirrors to stock the sun’s rays that will produce steam and allow turbines to create energy. The plants are supposed to cover an area of 6,500 square miles and produce 1,064 terawatt hours (TWh) in the Sahara region. However, up till now no concrete work was done because of difficult international negotiations. This incident might threaten to end Desertec initiative because just a month ago Germany retired from this project that was judged to be a loss making solar business. But Desertec Chief executive Pau Van Son keeps his hope high convicted that Spain has a lot to gain from the settlement. This first project is based in Ouarzazate and construction is expected to last for 4 years. It is expected to cost several hundreds of millions of Euros. Which will to boost Morocco’s economy although the country doesn’t really depend on such kind of energy since more conventional ones are still usable? Once built this plant would produce 160 MW of electricity. By 2050, Desertec wishes to incorporate all of North Africa and the Middle East so that Europe can get a fifth of electricity from solar and wind parks. But the political uncertainty in these regions and the high cost the project demands has made it hard for Desertec to attract investors.