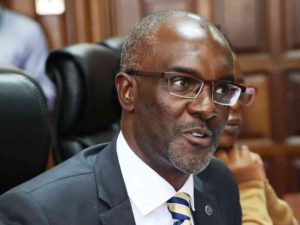 “We are talking to about three or four parties,” Mbuvi Ngunze, the CEO of Kenya Airways, told Reuters.

The carrier is also talking to its creditors, including banks, to amend terms of its debt and provide it with sufficient funds for operation in the short term.

The carrier, based in the capital Nairobi, has been working on a turnaround plan after reporting the largest loss in Kenyan corporate history last year.

The airline, 27 percent-owned by Air France KLM, has been reducing the size of and modernizing its fleet, selling land and cutting jobs to recover from losses caused by a slump in tourism.

A reorganization plan developed by McKinsey & Co. seeks to bring the company back to profit. The plan may however result in cutting the 4,000-strong workforce by at least 30 percent.

Kenya Airways has an extensive route network on the continent, operating numerous flights a week to cities like Lusaka in the south and Accra in the west.