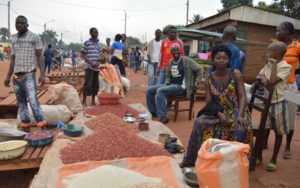 The economic program of war-torn Central African Republic is broadly on track despite the deterioration of the security environment in the country, said the International Monetary Fund (IMF) as it completed its mission to CAR on Monday.

According to the IMF, the Central African nation’s Gross Domestic Product is expected to grow at 4.5 percent and 5.0 percent in 2016 and 2017, respectively, slightly below initial projections of 5.2 percent and 5.5 percent, made in July 2016.

The mission also welcomed the authorities’ efforts to clear wage and pension arrears and to contain the public wage bill.

“The mission welcomes the authorities’ efforts to accelerate the preparation of the new Recovery and Peace Consolidation Plan (RPCP), which will underpin the government’s medium-term strategy and the 2017 budget,” the mission said in a statement.

More than three years of war and sectarian violence have displaced thousands of people in the CAR amid continuing clashes between the mainly Muslim Séléka rebel coalition and anti-Balaka militia, which are mostly Christian.

Since March 2013, when the Séléka rebels ousted President François Bozizé, thousands of people have been killed in violence, while around one fifth of the approximately 4.6 million population have been forced from their homes.

Many of the militia that have been part of the violence are still operational, the capital Bangui is religiously polarized after fighting became divided along Muslim-Christian lines, and the state’s capacity is weak.